I'm starting work on next year's all new Epic sportive.  Here's the first draft of a possible route: 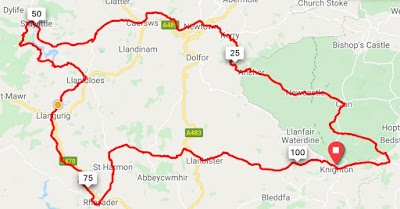 Starts as usual Knighton but leaves in opposite direction and climbs to Clun and then again to the Anchor - so completely different.  More new roads all around Newtown and Llanidoes before a new approach to Rhayader - and a new exit. 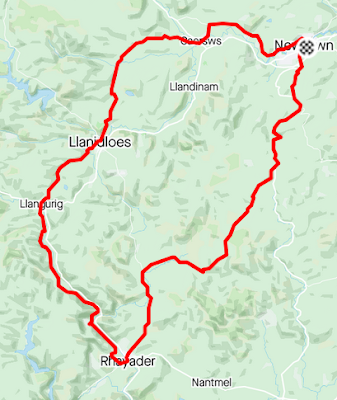 Newtown - easy route through the town - logical and probably not needing that many signs to get you on the right road. 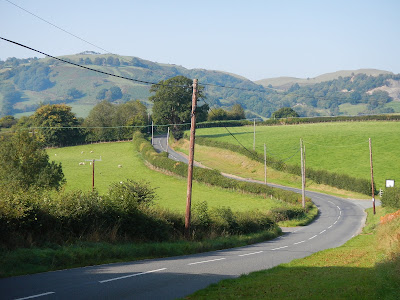 Good roads after Newtown - wide, good tarmac and not very busy despite being a "B" road.

After a drop to Caersws the road got a bit boring - but the plan is to turn right and head up towards Staylittle and return via the big reservoir (subject to another recce ride devoted to this bit alone).

After Llanidloes there were a couple of long climbs on very quiet roads before a steep descent to Llangurig.  After this it goes very flat following the River Wye, then gets lumpy and also features at least 3 gates you have to open and shut behind you (I'll be asking people what they think of this - makes for a very car free road). 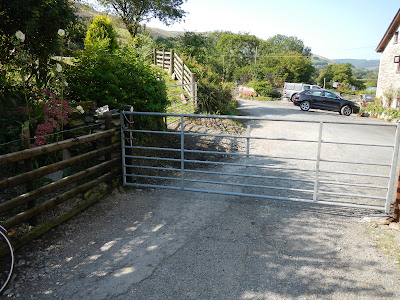 Just before Rhayader the route joins the old Epic route (in reverse and for 2 miles only) - this means there's an optional extra - go around the Elan Valley loop for 15 additional miles, making a total of 120miles!  I'll be asking people what they think about offering a 200km sportive...

Route exits Rhayader up a wide, long hill and eventually turns for Bwlch-y-Sarnu - there's a very steep approach to that hamlet.  After that the route goes East to Llanbister but I headed home via Newtown.

Check out the latest routes